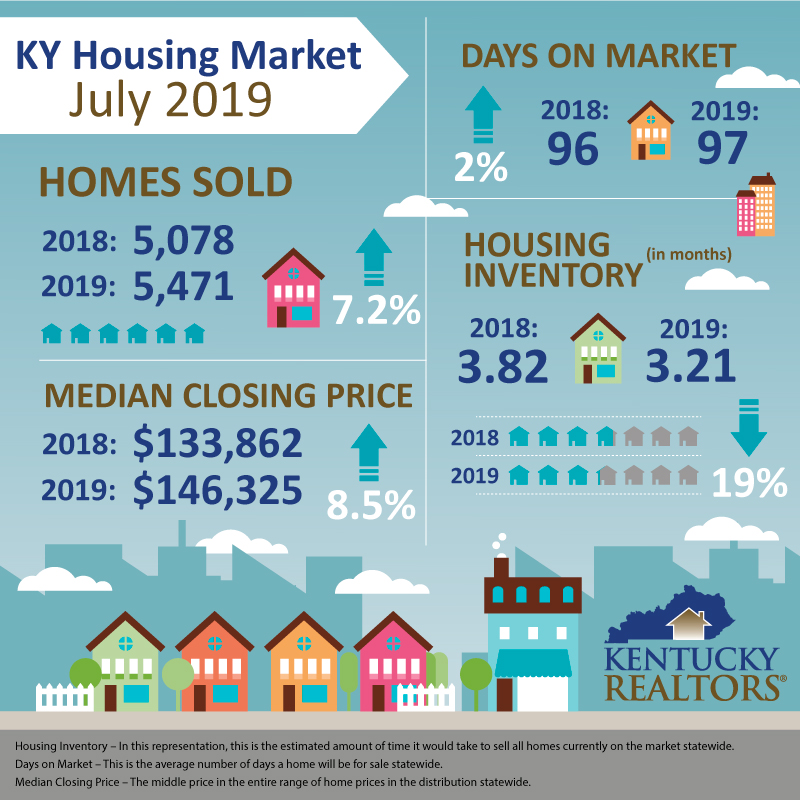 Nationwide, existing-home sales rose 2.5% from June to a seasonally adjusted annual rate of 5.42 million in July. Overall sales are up 0.6% from a year ago (5.39 million in July 2018). “Falling mortgage rates are improving housing affordability and nudging buyers into the market,” said Lawrence Yun, NAR’s chief economist. However, he added that the supply of affordable housing is severely low.

The median home price in Kentucky last month was up 8.5% over July of 2018 at $146,325. This is the third straight month of year-over-year increases and the largest jump of 2019. “The shortage of lower-priced homes have markedly pushed up home prices. Clearly, the inventory of moderately-priced homes is inadequate, and more home building is needed,” said Yun. “Some new apartments could be converted into condominiums thereby helping with the supply, especially in light of new federal rules permitting a wider use of Federal Housing Administration (FHA) mortgages to buy condo properties.”

July’s days-on-market (DOM) figure stands at 97 days. The only other month when homes sold faster was last July when the statewide DOM figure reached the all-time low of 96. Contributing to this low number is the Northern Kentucky Association REALTORS® market. That area saw its lowest DOM month in July when homes went under contract, on average, in just 28 days.

Rip Phillips, President of Kentucky REALTORS®, says that the strong economy is causing the demand for housing to persist. “More Kentuckians than ever are wanting to buy homes right now”, he said. “Low inventory has been an ever-present theme this year and is becoming problematic for homebuyers looking at the $150k - $250k price range. The homes that meet that need are selling fast.”

The inventory number for the state sits at under 4 months for the fifth consecutive month. July’s figure of 3.21 is down 19% over the July 2018 figure of 3.82 months. Most economists believe a balanced housing market offers a 6-month inventory level.

The Federal Rule is a Necessary Piece of the Health Care Puzzle
Friday, August 16, 2019

As an association representing approximately 11,300 real estate professionals in Kentucky, we have heard loudly from our members for years that they not only cannot afford to insure themselves but in many cases, their families. REALTORS® are sole proprietors and working small business owners. 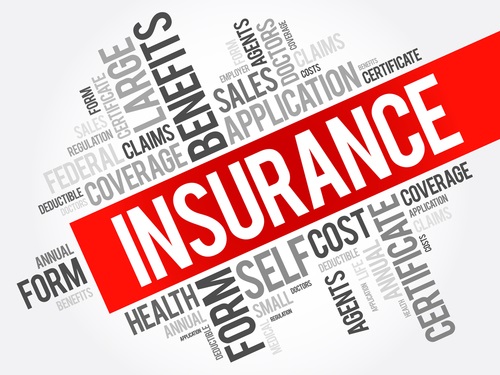 According to the US Department of Labor, 2.07 million people are employed in Kentucky. Seven percent of the total employed workforce in the U.S. are independent contractors. For Kentucky that is approximately 145,000 – (roughly the populations of Bowling Green, Owensboro, and Hopkinsville combined) who do not have access to the often more affordable health care insurance option available to those employed by larger companies through a vehicle known as Association Health Plans (AHPs). Who are Kentucky’s independent contractors? In real estate professions, these individuals are auctioneers, appraisers, plumbers, home inspectors, and REALTORS®, to name a few. Studies indicate that a decreasing number of these individuals are covered by private health insurance. As a second-career REALTOR®, a huge obstacle for me when entering this industry was the lack of health care coverage provided by an employer. In my case, individual insurance was a tremendous financial burden and I was thankful to be able to attain coverage under my wife’s employer’s plan in order to make the commitment to a new career as an independent contractor. Unfortunately, not all aspiring REALTORS® or independent business owners are as fortunate.

At the Federal level, Congress passed legislation in 2018 to expand the current laws around AHPs that would give independent contractors (working owners and sole proprietors) the ability to participate in AHPs, just as their small business counterparts have enjoyed for years. Early this year, and with much appreciation, we acknowledged the wisdom of the Kentucky General Assembly to conform Kentucky’s insurance laws with the federal rules making Kentucky one of the first states to be able to create these plans for this category of businesspeople. Kentucky’s lawmakers were strong in their views on this as the senate was unanimously in favor and 81 of the 100 members of the House in Kentucky’s General Assembly voted to pass this legislation which was recently signed into law by Governor Bevin.

Unfortunately, a lawsuit filed by 12 state attorneys general is challenging the rule. In March a federal judge in Washington, D.C., struck down a U.S. Department of Labor rule which would have opened Association Health Plan options to Realtors® and other U.S. small business owners, and that has stopped the forward motion of these new rules in their tracks.

Those opposed to the new rule changes believe the new laws for AHPs would sabotage the Affordable Care Act (ACA) and that if the new rules are upheld at the federal level, the new health plans could discriminate against people with pre-existing conditions through expensive riders and increased premiums. This is simply inaccurate, as AHPs are specifically forbidden to deny coverage to individuals based on health factors. The cost of small group market plans typically has been 8 to 18 percent higher than they are for large employer plans depending on the insurance market. Seventy percent of the National Association of REALTORS® members surveyed also indicated that they did not qualify for a premium tax credit under the Affordable Care Act. The ACA requires the “employer” to have two or more employees. A working owner without employees is considered both an employer and an employee under the federal Employment Retirement Income Security Act (ERISA), but not under the ACA.

Being part of an AHP provides the individuals who choose to be their own bosses - and their families - with the opportunity to purchase health care at a more affordable cost since AHPs and the subsequent rules would allow state-based plans to provide health coverage to working owners with no employees. We applaud Kentucky’s General Assembly for attempting to move Kentucky forward in addressing the health care dilemma faced by so many Kentuckians and we are hopeful that the outcome of the federal lawsuit will be to uphold the rules Congress established to allow these plans to be created in all the states. In our opinion, this is not a partisan issue, but one of free-market competition that will always benefit the informed consumer. I am optimistic that hard-working Kentuckians will be offered freedom and flexibility through another option to satisfy their health insurance needs and give them the ability to choose a plan that best suits their needs. 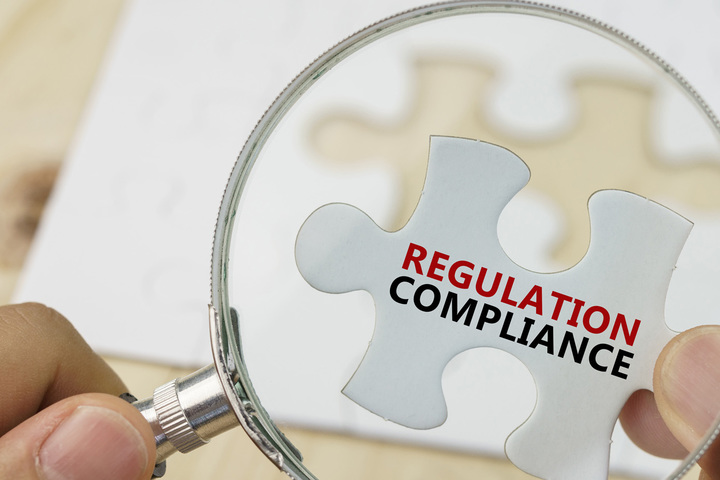 Recently, the Kentucky Real Estate Commission unveiled proposed changes to certain administrative regulations relating to advertising and signage that have been unchanged for many years. Among the changes were “clarifications” and new definitions for a variety of terms.

On July 10, Kentucky REALTORS® Government Affairs Committee discussed the definitions and advertising requirements found in 201 KAR 11:011, 201 KAR 11:105, and 201 KAR 11:461. The committee made four recommendations for changes to the newly proposed regulations.

Kentucky REALTORS®’ President Rip Phillips delivered these comments at the public hearing held on July 23 in Frankfort. The comment period for these proposed regulations ended July 31. The recommendations provided by KYR are:

Newly filed administrative regulations changes under 201 KAR 11.220, 11.210, 11.190, 11.170, and 11.002 that address mandatory E & O insurance, licensing & renewal for brokers and agents, procedures for filing complaints and requirements for education providers will be reviewed by the KYR Government Affairs Committee to determine if any comments and/or recommendations for changes to them are needed. If so, KYR will recommend those changes at a hearing now scheduled for August 21st at 10am in Frankfort. Anyone interested in attending and being involved is encouraged to attend. Of course, KYR will update its membership on any progress made during this important process.

KYR believes that the continued growth of the relationship between the Kentucky Real Estate Commission and Kentucky REALTORS® serves to strengthen an industry vital to the Kentucky economy. We appreciate the Commission members’ willingness to serve their profession and the citizens of Kentucky.