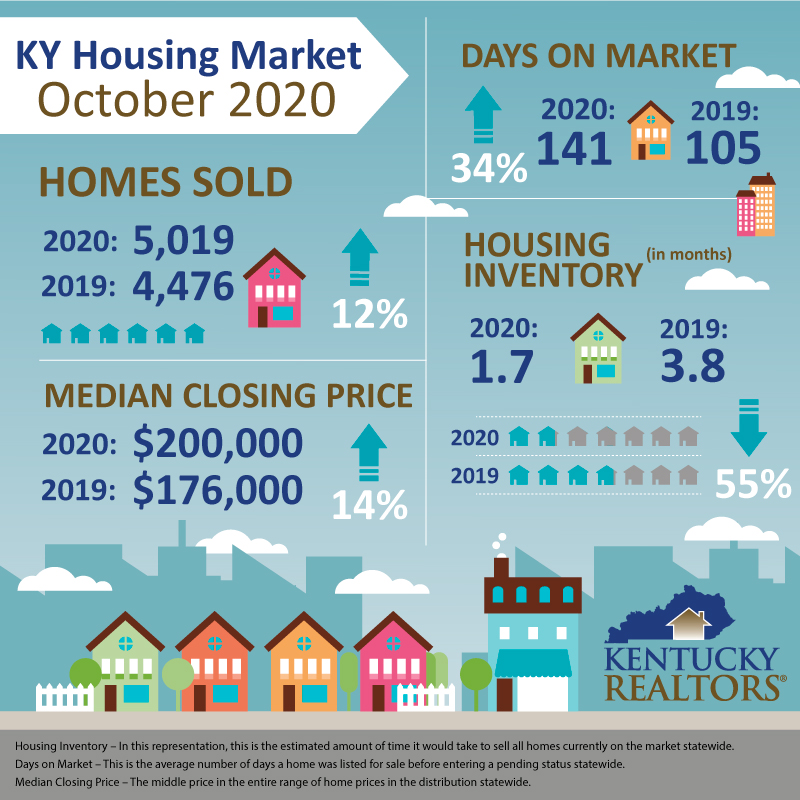 The unlikely story of the 2020 Kentucky Housing market continues to be written. As 2020 began and the super-charged market took a hit from the pandemic restrictions that were put in place, doubts were cast on the speed of recovery and what the market’s year would end up performing. Here is that story in a nutshell. The total home sales volume figure for 2019 was $10.4 billion. The October 2020 year-to-date sales volume figure came in at $10.25 billion. With 2 months of data remaining to be collected, 2020 will almost certainly demolish records. Home sales were up for the fifth consecutive month in October and peaked over 5,000 units for the first time ever. 5,019 homes were sold in October 2020 compared to last year’s record of 4,476 (up 12%).

Total existing-home sales, completed transactions that include single-family homes, townhomes, condominiums, and co-ops, increased 4.3% from September to a seasonally adjusted annual rate of 6.85 million in October. Overall, sales rose year-over-year, up 26.6% from a year ago (5.41 million in October 2019). "Considering that we remain in a period of stubbornly high unemployment relative to pre-pandemic levels, the housing sector has performed remarkably well this year," said Lawrence Yun, NAR's chief economist. 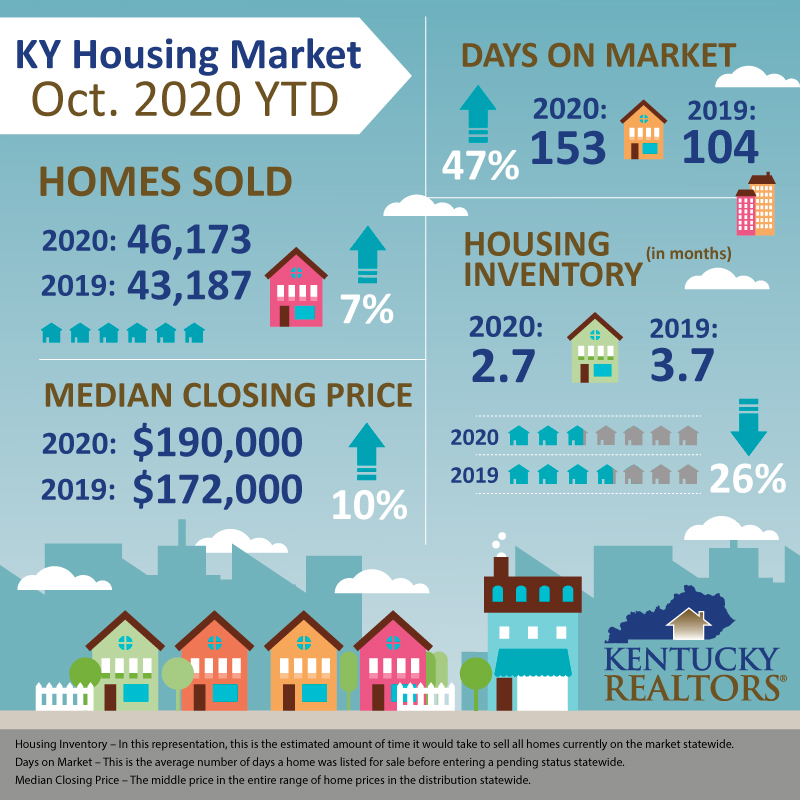 Housing inventory continues at record low numbers. It will take only 1.7 months to sell all of the homes currently listed. Economists feel that 6 months of inventory is the hallmark of a balanced market. “A lack of options has been a factor for the past couple of years”, said Lester T. Sanders, President of Kentucky REALTORS®. “This year’s competitive market activity and increased sales prices coupled with fewer new homes being built have made a difficult market to enter even more challenging for first-time buyers.”

Although the market’s performance seems to be cooling, it is doing so only slightly. Pending sales have risen over 30% each of the last three months and was up in double digits for all of 2020 with the exception of April and May. Distressed sales (foreclosures or short sales) were down 76% in October compared to October of 2019. Just 16 units sold as distressed, which is the lowest number on record in Kentucky.