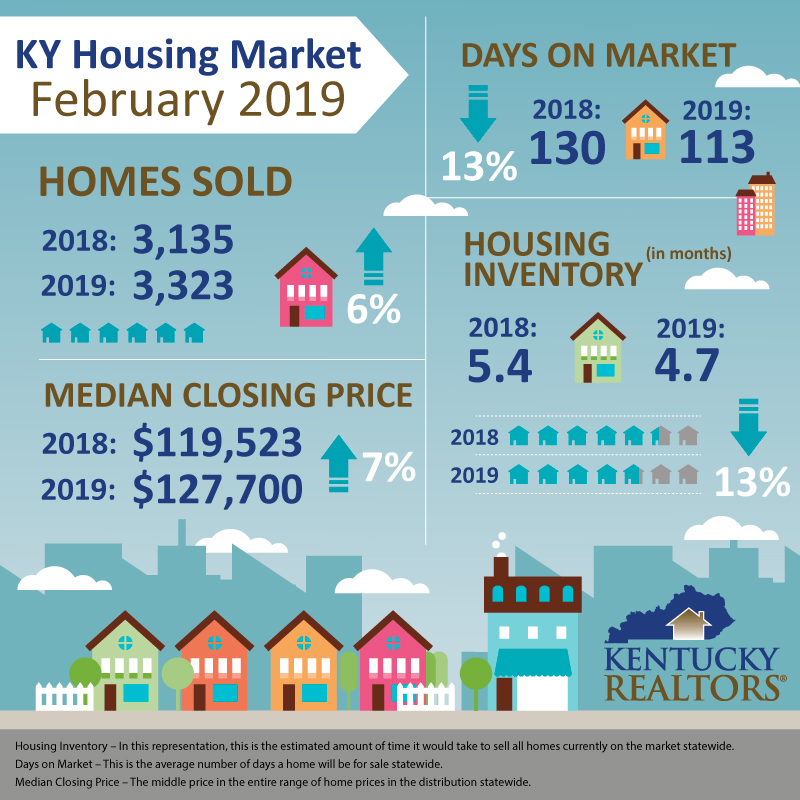 Kentucky home sales in February soared six percent over the 2018 number. Units sold reached 3,323 which is the highest level since 2016 and sets a new record for February. With larger numbers of homes selling early in the year, rebounding inventory numbers will take a temporary hit.

Nationwide, existing-home sales also surged 11.8 percent which is the largest month-over-month gain since December 2015, according to the National Association of Realtors®. Lawrence Yun, NAR's chief economist, credited a number of aspects to the jump in February sales. "A powerful combination of lower mortgage rates, more inventory, rising income, and higher consumer confidence is driving the sales rebound."

While the February housing inventory mark was down 13% over last year at 4.7 months, the year-to-date average of 5.2 months is a more manageable figure and down only 3% over 2018. Rising sale prices may continue to moderate the number of units sold and slowly boost inventory as the year progresses into the spring buying season.

The days on market level for February fell a full 13% from an average of 130 days last year. Kentucky saw houses remain on the market in February 2019 for an average of 113 days. 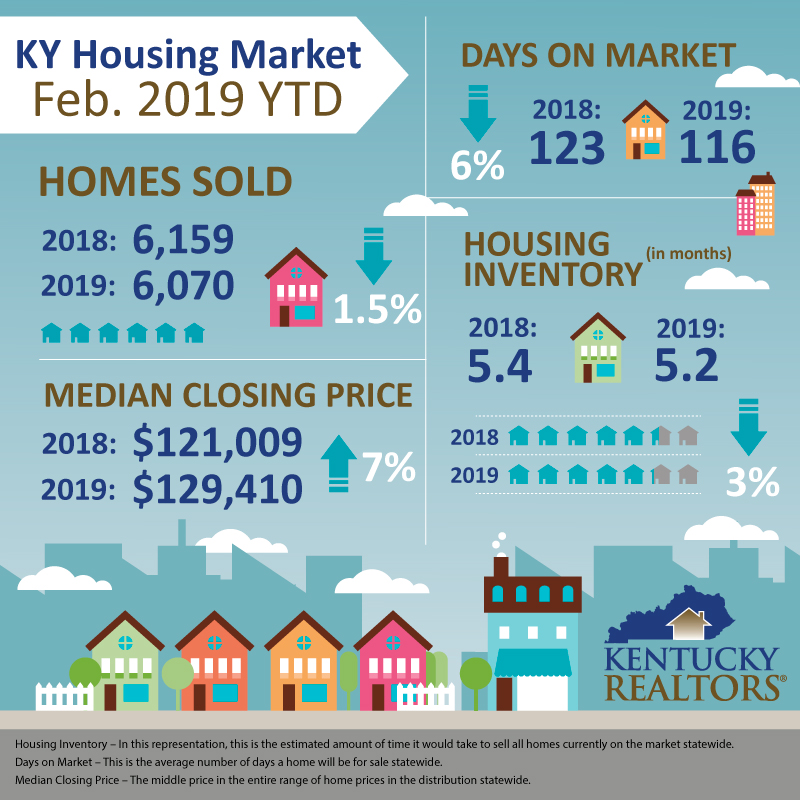 Rip Phillips, President of Kentucky REALTORS®, said that the January slowdown and subsequent boost in inventory were short lived. “The fact remains that there is great demand for homes right now. A boost in inventory will likely meet with a spike in sales figures shortly thereafter”, he said. “The really great news is that the economy seems not only stable but strong. It’s a great time for investment in the housing sector since businesses are expanding and hiring causing unemployment to plummet.”