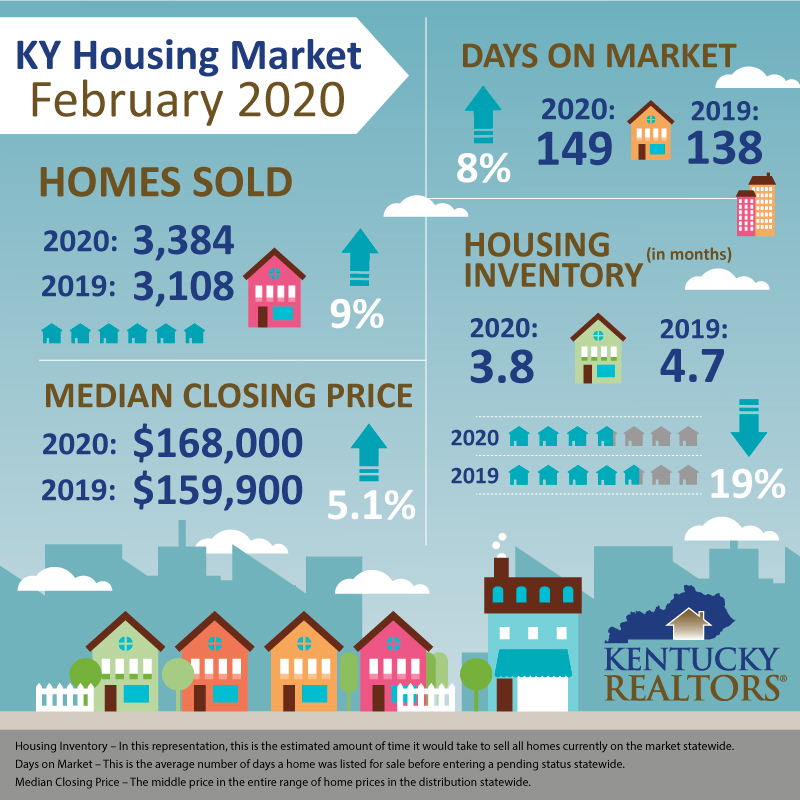 Home sales continued their strong showing in the early months of the new year. Closings were up about 9% at 3,384, up from 3,108 in February of 2019. Rising median prices meant larger transactions, though, and sales volume had an even more notable rise. Sales volume in February reached $667.5 million. This bested last year’s figure of $579.7 million by just over 15%.

Nationally, total existing-home sales completed transactions that include single-family homes, townhomes, condominiums, and co-ops, rose 6.5% from January to a seasonally adjusted annual rate of 5.77 million in February. Additionally, for the eighth straight month, overall sales greatly increased year-over-year, up 7.2% from a year ago (5.38 million in February 2019).

“February’s sales of over 5 million homes were the strongest since February 2007,” said Lawrence Yun, NAR’s chief economist. “I would attribute that to the incredibly low mortgage rates and the steady release of a sizable pent-up housing demand that was built over recent years.” Yun noted that February’s home sales were encouraging but not reflective of the current turmoil in the stock market or the significant hit the economy is expected to take because of the coronavirus and corresponding social quarantines. “These figures show that housing was on a positive trajectory, but the coronavirus has undoubtedly slowed buyer traffic and it is difficult to predict what short-term effects the pandemic will have on future sales,” Yun said. 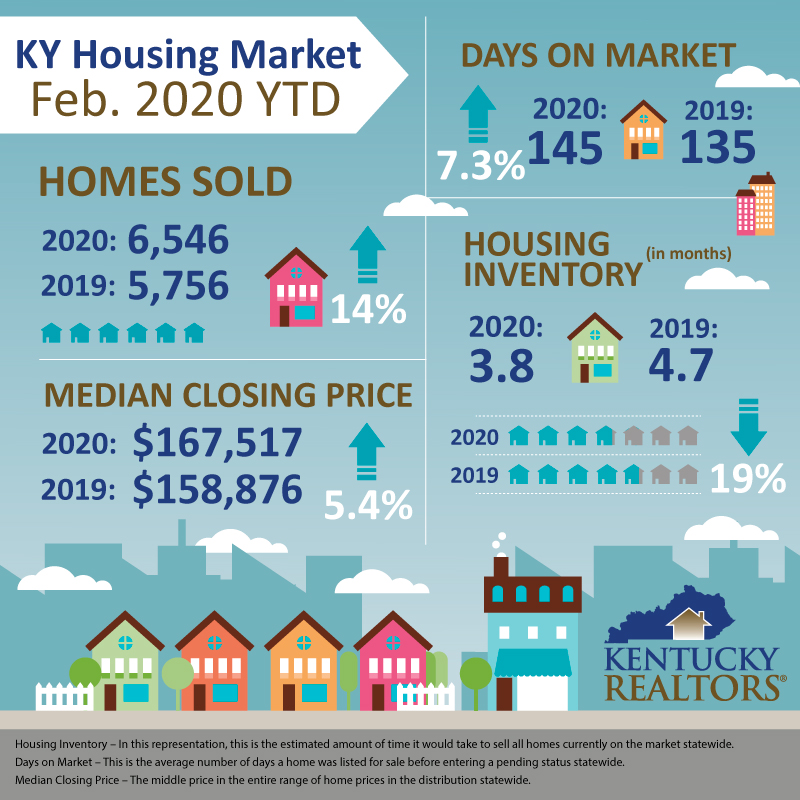 Sales volume was up over 15% in February. This figure reached $667.5 million, compared to about $580 million in February of 2019. Lester T. Sanders, President of Kentucky REALTORS®, says that the effect of the coronavirus on the Kentucky market won’t show in housing statistics for a month or two. “A strong February and March will likely give way to fewer sales as the true effect of this global pandemic weighs on the Kentucky housing market. For now, the market remains busy,” he said. “REALTORS® will continue balancing the need and desire of their clients to buy and sell property and our efforts to keeping them safe.”

Homes available for sale remain under well below the ideal level of a 6-month supply. The February figure of 3.8 months of inventory is down 19% from last year’s figure of 4.7 months.