The number of homes available for sale continues to slide in Kentucky. That figure sits at a near-record low of 3.5 months, which is the time it would take to sell off all listed homes if no others were added to the market. This fact hasn’t seemed to slow down sales just yet, however. April 2019 saw 4,581 homes sold which is up half a percent over April 2018’s figure of 4,552. Year-to-date, homes sold stands at 14,903 across Kentucky, a slight dip of half a percent.

Nationwide, pending home sales declined in April, a modest change from the growth seen a month before, according to the National Association of Realtors®. Only one of the four major regions – the Midwest – experienced growth, while the remaining three regions reported a drop in their respective contract activity. The Pending Home Sales Index, a forward-looking indicator based on contract signings, fell 1.5% to 104.3 in April, down from 105.9 in March. Year-over-year contract signings declined 2.0%, making this the 16th straight month of annual decreases.

Lawrence Yun, NAR chief economist, said the sales dip has yet to account for some of the more favorable trends toward homeownership, such as lower mortgage rates. "Though the latest monthly figure shows a mild decline in contract signings, mortgage applications, and consumer confidence have been steadily rising,” he said. “It’s inevitable for sales to turn higher in a few months."

April’s days-on-market figure fell nearly ten percent to 104 days, down from 115 days in April of last year. The year-to-date number is slightly higher at 113 days, which is a six percent drop over this time last year.

Rip Phillips, President of Kentucky REALTORS®, said that dwindling inventory continues to be the trend. “Kentucky needs to experience an increase in new construction.”, he said. “What can fuel this? We need the Commonwealth to continue putting in pro-business policies that help increase wages. We also need more affordable housing with programs such as first-time homebuyer tax credits being used in other states to meet the demand”.

While the median home price rose only a fraction in April to $136,053, it still bests last April ($136,019) to reach the all-time high for this month. This marks the fourth straight month of year-over-year gains in home prices for the Commonwealth. 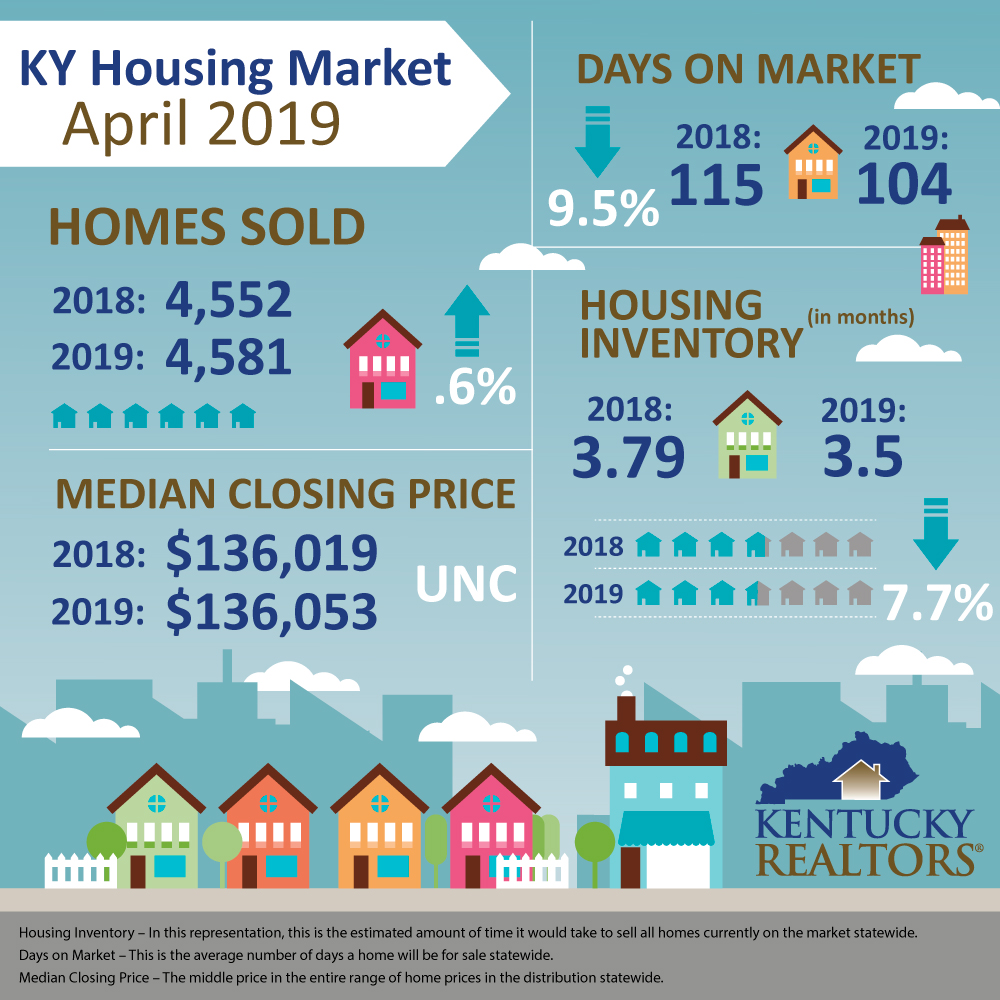 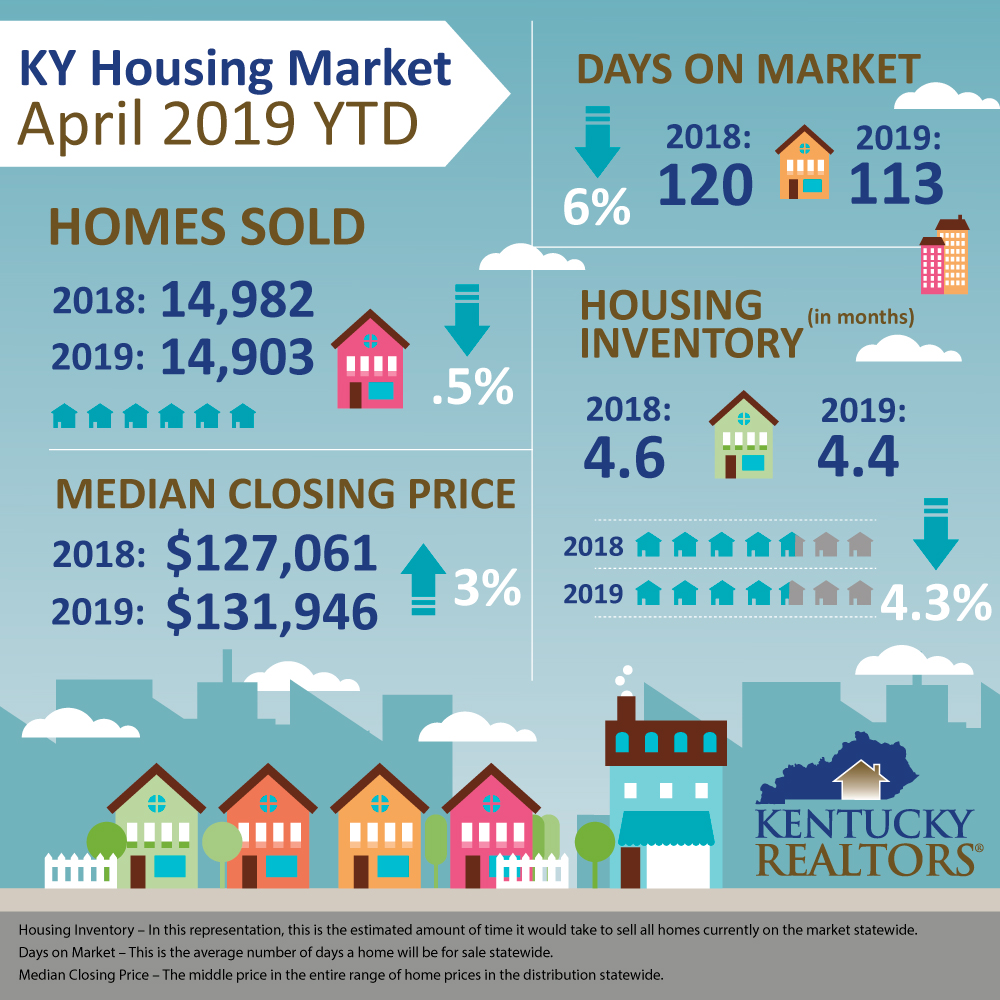