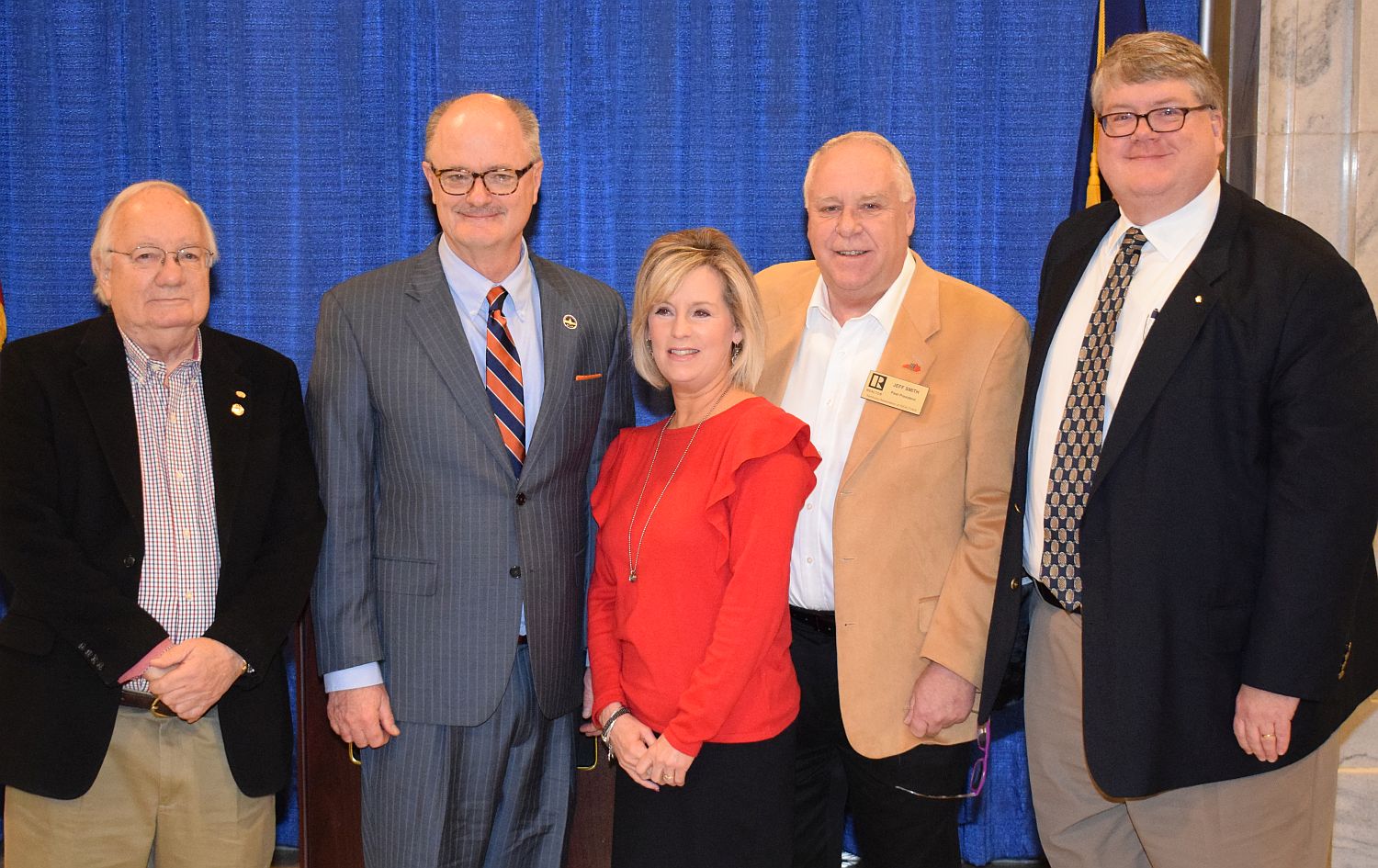 Kentucky REALTORS® has awarded the Jess and Carolyn Kinman Award to Senator John Schickel. The award was presented in the Capitol Rotunda for his efforts as Co-Chairman of the Licensing and Occupations Committee and his involvement with House Bills 112, 309, and 443 from the 2017 General Assembly.

“REALTORS® are the very essence of small business, of which I have always been a staunch supporter,” said Senator Schickel. “I am proud to represent Kentucky REALTORS® in their quest to represent home ownership and promote the residential and commercial real estate market.”

As part of the award, First Federal Savings Bank of Frankfort makes a charitable donation in the name of the award recipient. This year, Senator Schickel selected the Area 7 Special Olympics which operates in Northern Kentucky and is an organization for people with intellectual disabilities.

The award is named in honor of Jess Kinman, a former Kentucky REALTORS® president and REALTOR® of the Year who passed away in 2007, and his wife Carolyn Kinman, who worked for many years at the Legislative Research Commission and General Assembly.